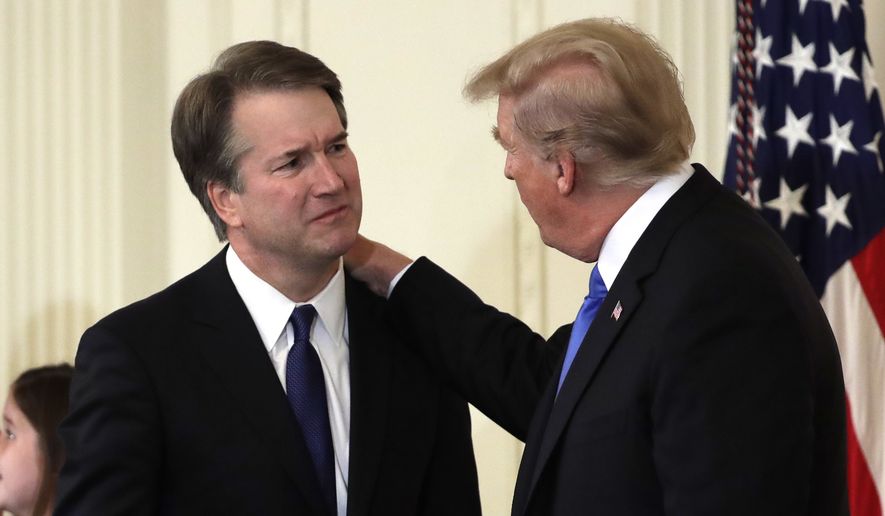 Judge Kavanaugh is in line to replace Justice Kennedy on the US Supreme Court. The nomination dance is about to begin in full force. Critics will raise questions about past cases, judicial temperament, law and the judicial role; and supporters will point to his past accomplishments and the judge’s professed belief in judicial restraint [and general support of conservative causes and ideas]. There is one fact upon which critics and supporters will agree: he is brilliant. Not smart; not clever; not bright; not astute.

BRILLIANT (and yes, I pulled out a thesaurus for help).

This post is a confession on my part. I don’t know what “brilliance” means. I’ve met a lot of brilliant people in my life, but the reason I know they are brilliant is because they tell me so, or others tell me in their stead. And as soon I think I have a handle on what it means, one of our esteemed justices retires and I am back to square one. Let me explain.

Judge Kavanaugh is brilliant, which we know because we are told incessantly. What exactly qualifies him for the distinction is less clear. Here’s what we know: he is a graduate of Georgetown Prep, Yale College and Yale Law School; clerked for Judge Kozinski and Justice Kennedy; worked for the Justice Department and the White House; was a partner at Kirkland & Ellis; and served as judge on D.C. Circuit since 2006. He clearly checks all the boxes for a seat on the Court. But that’s not the question. The question is, is he brilliant, and what makes him so? I can’t tell.

For another recent example, consider Justice Gorsuch. Same story: Georgetown prep, Columbia University, Harvard law, and a Marshall Scholarship at Oxford, where he earned a degree in legal philosophy; clerkships with Judge Sentelle and Justices White and Kennedy; DOJ; judge in the 10th Circuit since 2006. And also brilliant.

So here’s what I have: brilliance lies in elite academic achievements and fancy clerkships and jobs post-graduation. That is, Harvard and Yale graduates are brilliant; lawyers at DOJ and the White House are brilliant; circuit court judges are brilliant. Or in fairness, maybe is the confluence of all of these. So a brilliant person is one with Harvard, plus fancy clerkships, plus a DOJ position, plus a judgeship on his resume. That must be it.

But then I go back to the spring and summer of 2009 and the nomination of Justice Sotomayor. To refresh our memories: Sotomayor was born in the Bronx of parents both born in Puerto Rico. She attended Cardinal Spellman High School in the Bronx and was valedictorian of her graduating class; attended Princeton University on a full scholarship and graduated summa cum laude and Phi Beta Kappa; and attended Yale Law School. She was an assistant district attorney in New York County and later became partner in Pavia and Hartcourt. She served as judge in the U.S. District Court for the Southern District of New York from 1992 to 1998; and on the 2nd Circuit Court of Appeals from 1998 to her nomination to the Supreme Court in 2009.

She matches up fairly well on paper with both Gorsuch and Kavanaugh. But pundits and the legal community responded to her nomination very differently. Not only was she not “brilliant” in the traditional sense, she was “not nearly as smart as she seems to think she is.” Her qualifications for the seat were questioned openly. Critics accused President Obama of sacrificing “biography over brain.”

Unsurprisingly, the claims do not stand up to empirical analysis. Justice Sotomayor’s stint as appellate judge matched up with her peers as well as judges widely considered “brilliant.” More importantly, can any of those critics look at her body of work on the Supreme Court and consider her an exemplary justice, or at the very least, on par with all the others? And yet, “brilliance” was not a word used during her nomination, but the opposite was true. Something is amiss.

Here’s what I think is going on. Yes, merit is socially constructed. No question. This means, more crucially, that merit is not an intrinsic individual quality, akin to the way we think of IQs or personality traits, but a mark of status within a community. We cannot begin to think about “brilliance” outside of the communities within which the moniker is used. This is why Judge Sotomayor was never accorded the honor that the label bestows. She was an outsider, even as she achieved honors at Princeton University, honors that, incidentally, neither Gorsuch nor Kavanaugh achieved. But they didn’t need fancy labels for those in the community to know how brilliant they were. Who needs summa cum laude or Phi Beta Kappa to see those things “we” already “know”?

And yes, this also means that people of color, as outsiders, are swimming against the tide.  As Justice Sotomayor herself once put it, “I have spent my years since Princeton, while at law school and in my various professional jobs, not feeling completely a part of the worlds I inhabit. I am always looking over my shoulder wondering if I measure up.”  Or President Obama, who once told us of his “constant, crippling fear that I didn’t belong somehow, that unless I dodged and hid and pretended to be something I wasn’t I would forever remain an outsider, with the rest of the world, black and white, always standing in judgment,”

An applicant of color is seldom if ever “brilliant,” and becoming so is never easy. Some never do. This is true even for those people of color who dare become Supreme Court justices, or president of the United States.