Luka Modric is a soccer player for Real Madrid and the Croatian national team. He was the best player in this year’s World Cup, the engine that led Croatia to the final and the winner of the Golden Ball as the tournament’s outstanding player. 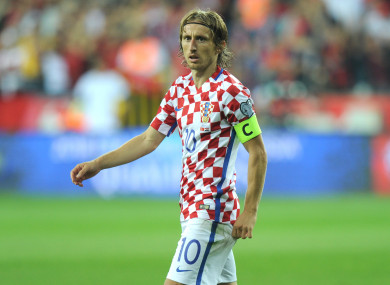 This is a remarkable ascent for a player who was voted by fans as the worst signing in the Spanish League when he moved there from Tottenham in 2012. He is now one of the favorites to win the Balon D’or, which recognizes the best player in the world.

But is he the best player in the world? Is he deserving of the award?

I remembered that piece when reading about Modric a few days ago. I have no idea whether Modric is the best soccer player in the world. I don’t even know what that means. What I do know is that Modric is a terrific player. I also know that he is one of a handful of players deserving of the award.

This is the affirmative action debate in a nutshell.

Far too many applicants can stake a reasonable claim for a seat at elite institutions of higher education. It is hard to choose among them. But critics of affirmative action get around this problem by simplifying the process and focusing on specific metrics that bolster their case, reason and contrary arguments be damned.  We see this dynamic at play in the recent debate over “specialized high schools” in New York City.  We equate merit and just deserts — and assign scarce public goods, in the form of seats in elite high schools — with a score in a single test that students take in 8th grade.  If only life, or political philosophy, were so easy.

This is what intrigues me about the Modric example. He is undoubtedly a great player, deserving of every award he receives. But so are many other players. Should the winner of the Balon D’or be the player who scores or assists the most goals, plays the best defense, or leads his team to trophies and titles? Or is deciding on the winner a complicated question, for which no right answer avails?

It must be the latter.   The same is true for NYC’s specialized high schools, for higher education, and life in general.

So yes, I am rooting for Modric to win the award, in the name of reason and judgment above simplicity.